In 2014, Robin Taylor was pregnant with her daughter, Bailey. At 32 weeks pregnant, she thought she was experiencing Braxton Hicks contractions. Her nurse told her to come to the hospital “just to be safe” and, because of that phone call, Robin and her baby are alive today. It turned out that Robin had a blood clot and, as a result, her daughter was delivered two months early and stayed in the NICU for nearly a month before going home. 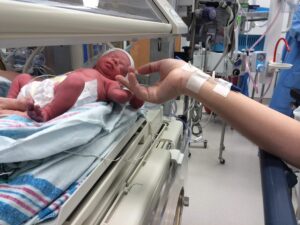 As she’s watched Bailey grow into a wonderful, active 7-year-old, Robin is forever grateful for the care she and her daughter received at Woman’s.

“Every year I teach my girls the lesson of giving back and ask that they create an annual fundraiser to support a charity of their choice. This year I was so proud that they chose Woman’s NICU. They even made and sold personalized mask lanyards to help with fundraising efforts. Between allowances, donations and their talents, Bailey and Brady raised over $400! I want to thank the staff at Woman’s for all that you do!” says Robin.

Learn more about giving back to Woman’s. 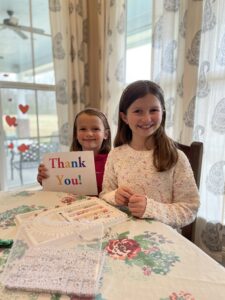