Securing the Future for Tomorrow’s Babies 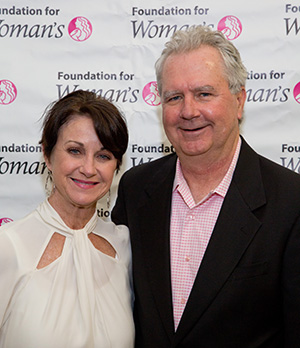 “Our youngest daughter was born two months early. What we experienced 30 years ago was so different compared to the amazing NICU Woman’s has now,” Dana said. “I visited my daughter daily, and there was no place for me to stay with her. When I recently visited Woman’s NICU, I was amazed to see private rooms and mothers feeling like they were at home.”

Dana and her husband Sam are now the proud parents of five children and also have three grandchildren. As generous donors to Woman’s Victory Open Golf Tournament and Woman’s Annual Giving Campaign, the Agnews recently chose to support Woman’s through a planned gift of life insurance.

“Of all the options available to name at Woman’s new campus, we felt like naming the Reception Area at Woman’s NICU would be most appropriate given our family’s own personal experiences,” Sam said.

Dana and Sam hope that their gift will help many more sick babies struggling to survive and support the parents and family members that love their newborns so dearly.

Sam added, “I’ve lived in Baton Rouge since 1971. I love it, and anything that can make this city a regional asset – like Woman’s NICU – is a great thing to support.”