If you have had a mammogram in the last few years, you have noted that in addition to receiving a copy of your report, you also received a letter regarding your breast density.

You have received both of these because of the Monica Landry Helo Early Detection Act passed by the Louisiana legislature in 2015. Louisiana now requires that women be notified of their breast density. So the question is, does it matter?

Breast density is calculated at the time of your mammogram. At one time, this was mostly done by the radiologist “eyeballing it.” Now it is done by mathematic calculation. There are four breast density categories: 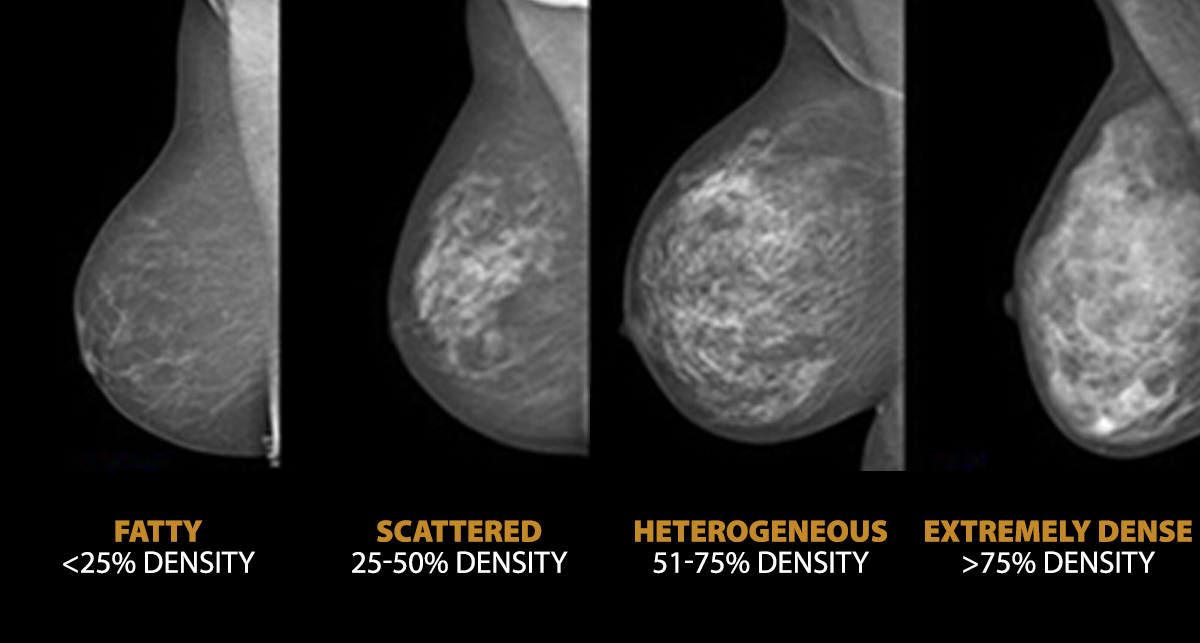 So, why do women with dense breasts have higher rates of breast cancer? They have more of the milk gland and tube system tissue where cancers start.

The real question is what do women with dense breasts need to do since breast density cannot be changed?