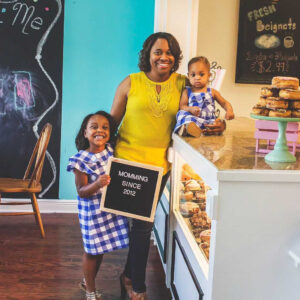 When Johnnay Benjamin was admitted to Woman’s Hospital with dangerously high blood pressure just days after giving birth, she was afraid she wouldn’t survive and live to raise her daughters. “So many of us come into pregnancy thinking that delivery is the end, not realizing that there is so much more after that,” she said. Fortunately, she made a full recovery and was able to return home with her new baby. 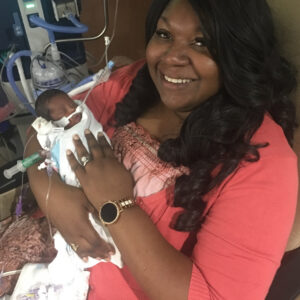 In 2017, Shayla Batieste-Dixon suffered a pregnancy loss due to an ectopic pregnancy. In 2018, she gave birth at 27 weeks to a stillborn son. Six weeks later, Shayla ended up in the AICU after having a stroke at just 38 years old. She became pregnant again in 2019 and gave birth to her son Landon, who stayed in the Woman’s NICU for 200 days. A few months later, Shayla ended up back in the hospital after suffering from a heart attack.

“I thought I was ok,” Shayla explained. “I was young and still ended up having a stroke and a heart attack from having diabetes and high blood pressure. Yes, you hear about it, but you don’t think that it could ever happen to you.”

Johnnay and Shayla are both alive to share their stories today. For so many women, especially African American women, that’s not always the case.

In the state of Louisiana, a Black mother is four times more likely to die while pregnant or shortly after delivery than a White mother. A study published in 2018 found that 45 percent of those pregnancy-related deaths were preventable. Of those preventable deaths, the overwhelming majority were Black women.

Not only are issues like hypertension, high blood pressure, blood clots and heart disease contributing to this outcome, but also barriers like poor access to health coverage, intimate partner violence, poverty and education.

“Woman’s Hospital is the largest birthing hospital in Louisiana,” commented Cheri Johnson, chief nursing officer at Woman’s Hospital. “We represent a little over 12 percent of the state’s births. It’s important for us to address implicit bias and help to lead some of the change necessary to improve the life and maternal care for black women in our state and in our community.”

Shayla wants women to be aware of their health and to be ambassadors for their own health. “I didn’t know I was so sick but now I’m more aware of what can happen if I don’t take care of myself,” said Shayla. “I want Landon to know that his mom is taking care of herself so that she can be the very best mom she can be for him.”