Our story with Pediatric Therapy at Woman’s Center for Wellness started with our daughter, Ellie Kate. As we watched her grow and change over the first few months, we noticed that she wasn’t progressing like others her age. By six months, she wasn’t sitting up and exhibited an overall weakness. Out of concern, we consulted our Pediatrician who suggested Physical Therapy for Developmental Delay. Soon after, we started working with Danielle at Woman’s and absolutely loved her.

When our son, Hudson, was born we paid close attention to his development, watching for similar signs that his older sister displayed. In a similar way, we noticed the delay in Hudson, with the addition of him not bearing any weight on his legs. After our experience with Woman’s Therapy, it was a no-brainer for us; we knew how much it helped Ellie Kate and were sure it would do the same for Hudson. Around the same time we noticed that Hudson showed no interest in feeding himself and we were concerned there may have been something more serious going on. We again consulted our Pediatrician who suggested we try Occupational Therapy.

We were excited to know we could still go to Woman’s for this therapy and were happy to meet our new therapist, Stephanie. After meeting with us and evaluating Hudson, Stephanie suggested a combination of therapies, both in the studio and in the pool. The primary focus of his therapy was to help him build overall strength and coordination, while also helping build his confidence in his abilities to do different tasks. In studio, Stephanie would work with Hudson on the theraball, which helps him develop and build gross motor skills, coordination, balance and stability. 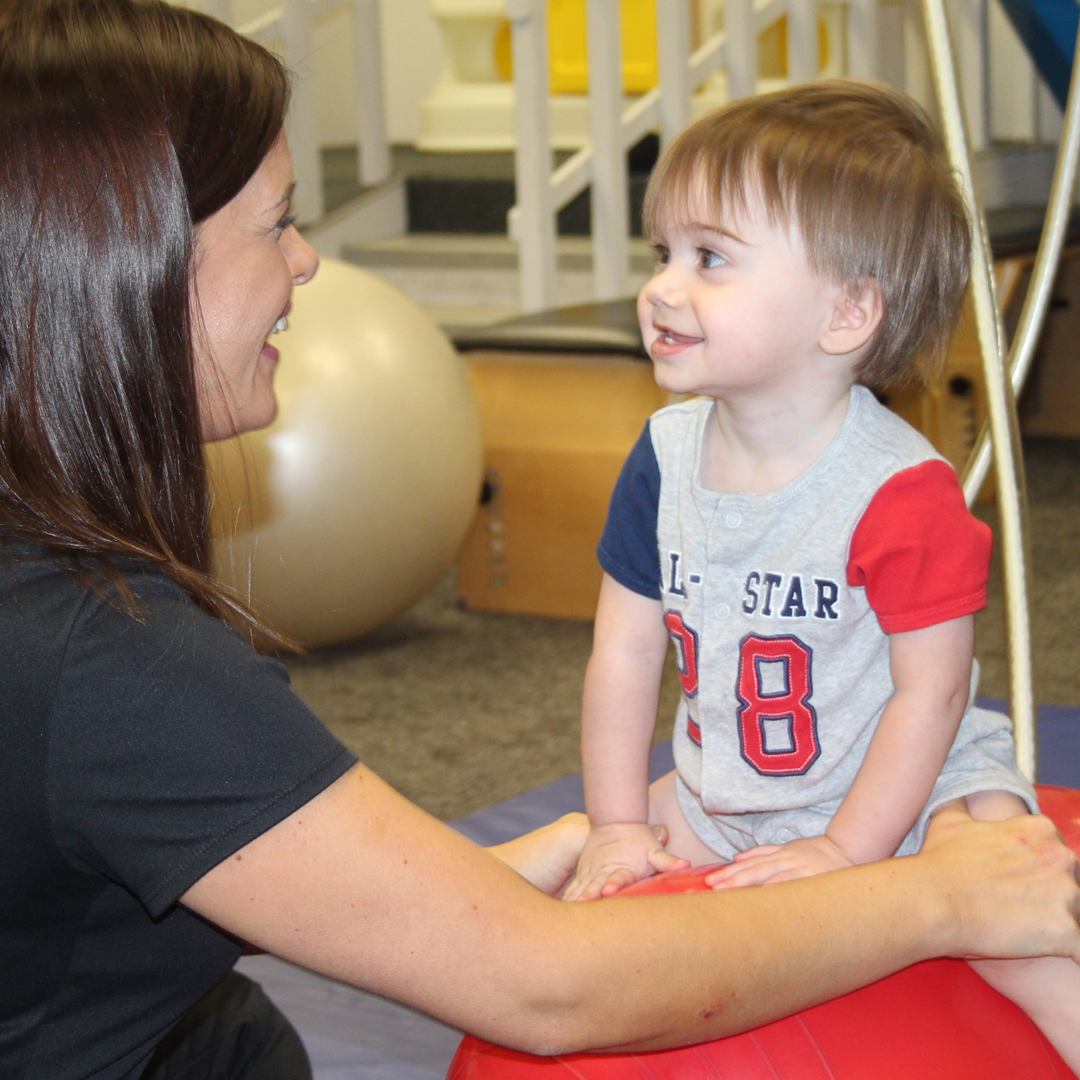 He also really enjoyed the swing, which served as an activator for various sensory systems while improving his posture, balance and reactionary skills. 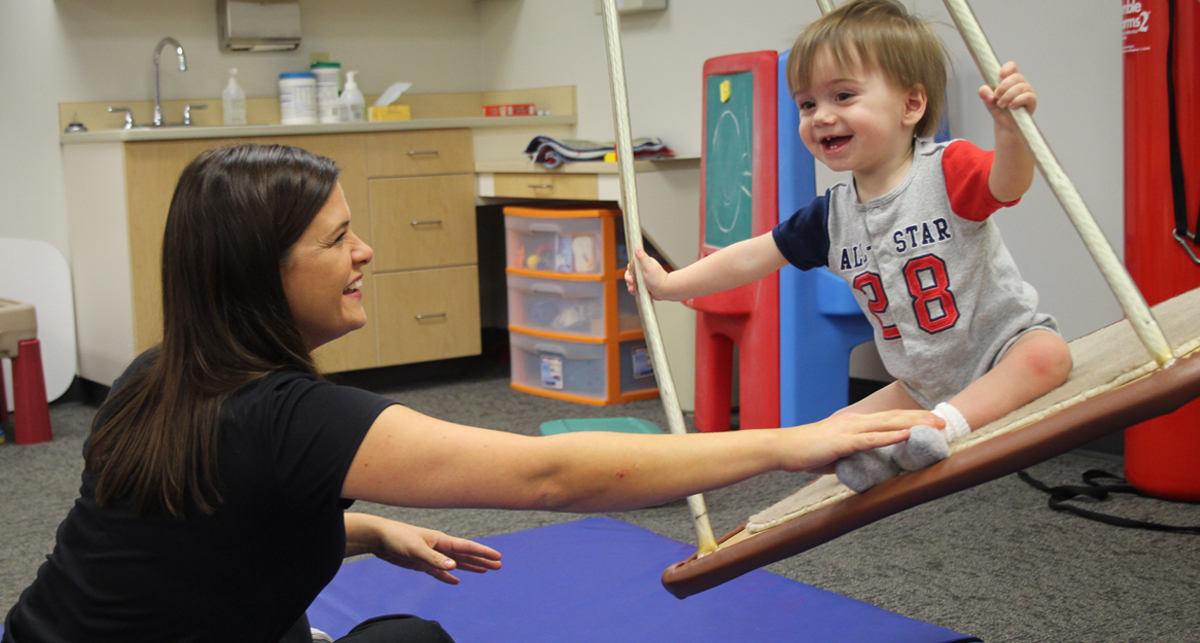 Stephanie would also take out different toys, which made Hudson feel like he was just having play time, but he was actually working to improve his fine motor skills. 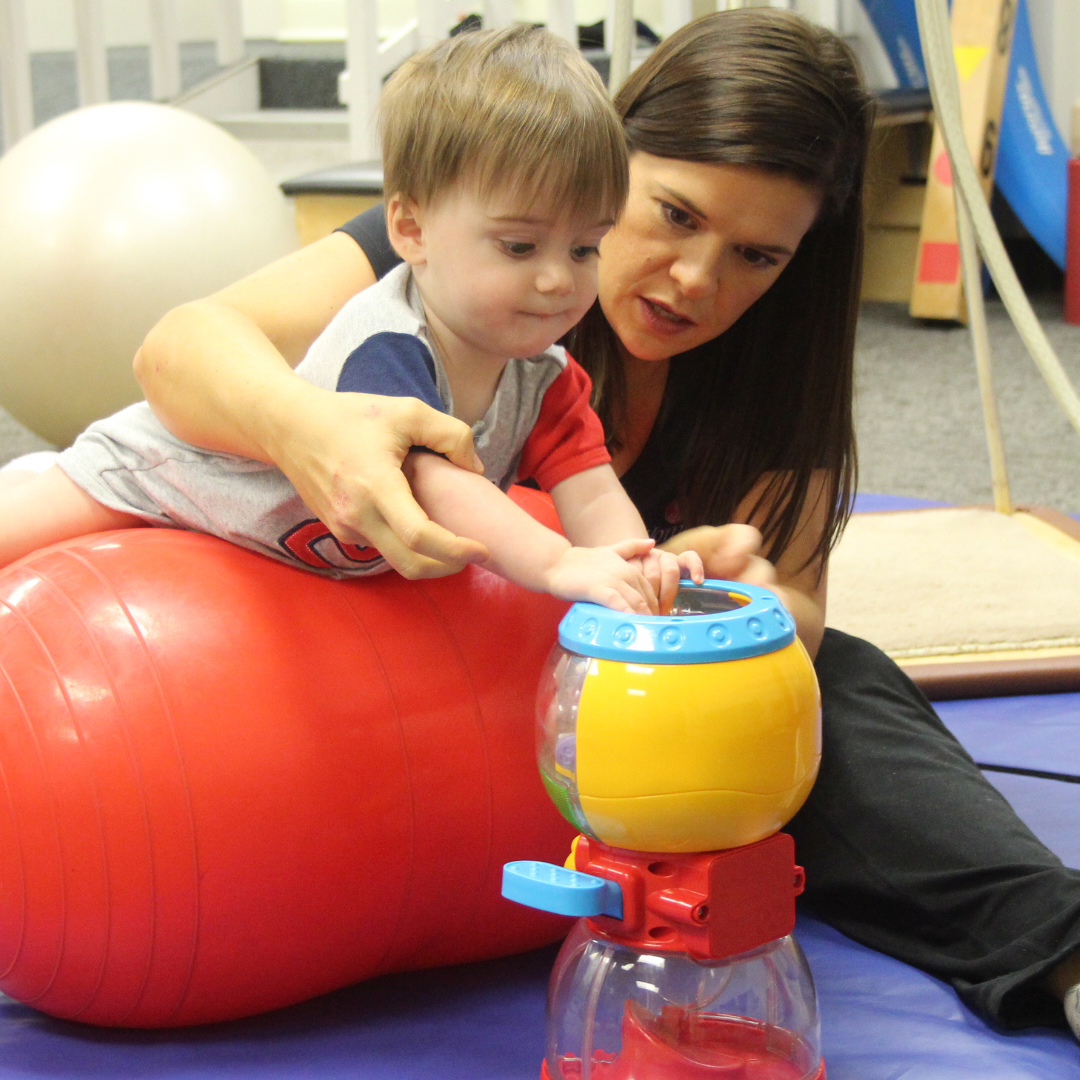 While he liked his time with Stephanie in the studio, Hudson absolutely loved being in the pool! He would always have the best time and rarely realized that his activities were helping him develop the necessary skills he needed to meet developmental milestones.

In a rather short period of time, we’ve noticed significant changes in Hudson. He went from sitting at 10 months, to crawling everywhere at 14 months. In addition, he’s gotten improved core strength, he’s putting weight on his legs, and eating with a spoon all of the time. He’s made such huge strides and we owe all to the therapists that helped him. 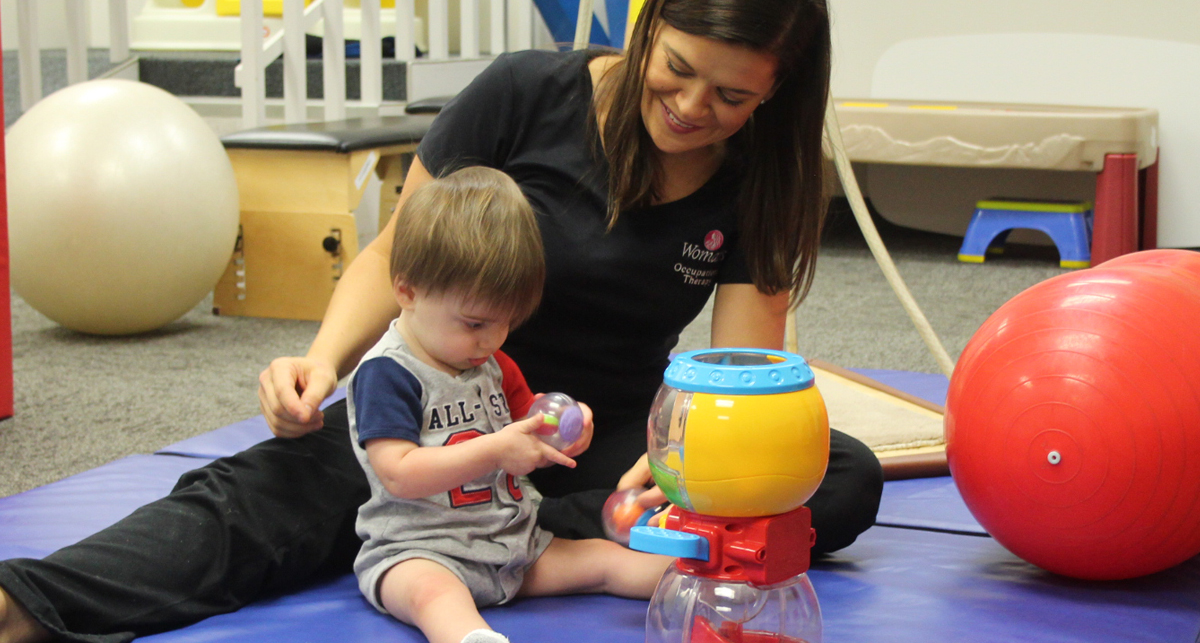 We absolutely love the staff at Woman’s! They’ve become like family to us; in fact, when Hudson first started to crawl, they were among the first people we told because we wanted to share the moment with them. They are always so willing to help, so compassionate and really go the extra mile to provide the very best care to not only their patients, but to us too. We could not be more pleased with the care and results we’ve gotten from choosing pediatric therapy at Woman’s. I would highly recommend them to any parent who is looking for a great program to benefit their little ones.