I am a two-time ovarian cancer survivor. While those words still feel new to me, they are the words that have shaped the last five years of my life.

In March of 2012 I was diagnosed with Stage 1C ovarian cancer at the age of 24. Shortly after, I began IV chemo treatments and by June 2012, I was in remission. I spent five years in remission before being diagnosed with a recurrence in May of 2017 that resulted in a full hysterectomy, tumor removal and six full rounds of IV and IP chemo.

Needless to say, I was devastated. But luckily for me, as the emotions swelled, so did my support system. My friends, family, and boyfriend embraced me and allowed me to be vulnerable and express my frustration with cancer. They continually provide me with unlimited amounts of love, prayers, and encouragement. They have been there to keep me motivated and moving forward. They’ve been there to shave my head, pick out new wigs, cook me dinner, make me laugh, and so much more. They are there for me and serve as a reminder that I am more than my cancer. 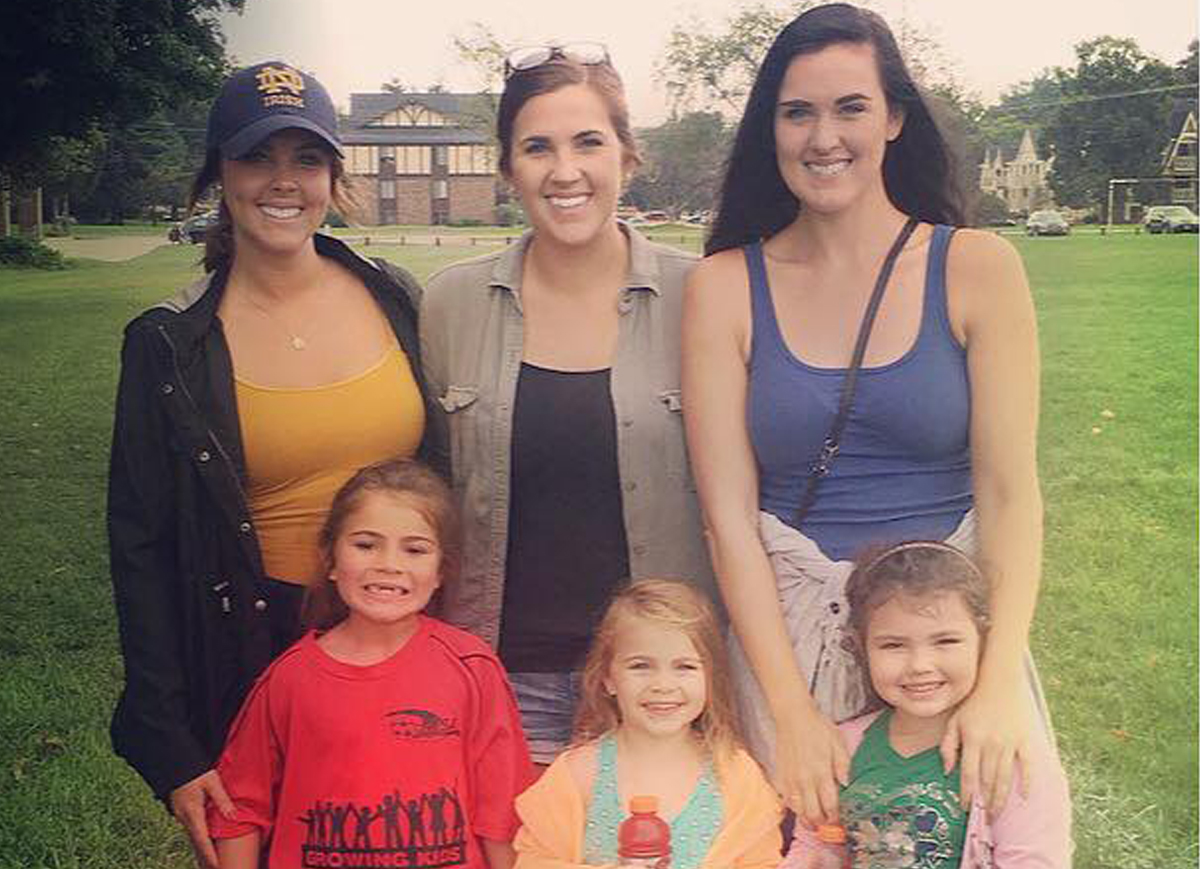 While I was so grateful for the support system I had, there was just something in me that they couldn’t fill. I struggled to find other young adults who were going through what I was going through. I found an organization called Stupid Cancer and attended a conference, where I met many other young survivors. They knew what it’s like to have your life interrupted at a time when you were supposed to be getting married, having kids, thriving in a career and chasing dreams. This additional element to my support team has become an integral piece to my healing process.

While cancer has taken so much from me, I stay thankful for what and who it has brought into my life. My life is richer and deeper because of all of them.

I am Kelsey White, I am an ovarian cancer survivor, and I am the sisterhood.