After the successful in-utero surgery to place a pigtail catheter in our little girl’s chest wall, my wife, Abby, and I tried to go about the rest of the pregnancy with our fingers crossed that things would get better and that the difficult part was over. Unfortunately, the difficulties had really just begun.

Around the 29th week, we were admitted to Woman’s Hospital because my wife had detected decreased fetal movement in our little girl. After 24 hours of observation, it was determined that both our baby girl and baby boy were both moving and fine (besides, of course, the baby girl’s ongoing issues with fluid accumulation). The person who was not quite fine was my wife, Abby.

Abby had begun to experience fairly severe edema, or swelling, and her blood pressure was slightly elevated. There was some concern at this time that she was developing pre-eclampsia. However, the condition was not severe at this time so were released…only to come back again the very next week. Again, upon this second visit, the twins were as fine as could be hoped, but Abby was retained more fluid and was feeling a bit worse. After spending a couple of nights at Woman’s under the care of their amazing nursing staff, we were sent home. We were at home a couple of days and then went in for our 30 week check up with our OB-GYN, Dr. Boudreaux. It was at this check-up that things kicked into “high gear.”

At the check-up, Abby’s blood pressure was routinely checked and it was through the roof. Dr. Boudreaux quickly admitted us and ordered a HELLP panel. At this point, it looked like Abby was going to be admitted to the hospital and placed on bed rest until it was time to deliver. However, Dr. Boudreaux came into the room shortly after the HELLP panel came back and informed us that we were going to become parents that evening. This was frightening in and of itself, but ever the more so because our children were 30 weeks and a couple of days gestational age AND our daughter might require surgery after birth. But, there being nothing that could be done and my wife and children’s life in danger, we were rushed into the operating room for an emergency C-section. So, late that evening, our son Harlan and our daughter Henrietta were born, and our NICU journey began.

Due to their gestational age and our daughter’s health issues, they were almost immediately whisked away to the NICU. Our son was born healthy and large for his gestational age, but our daughter was another story. She was born with hydrops and the pleural effusion, she was immediately put on and ventilator and had chest tubes put in place on both sides of her body. 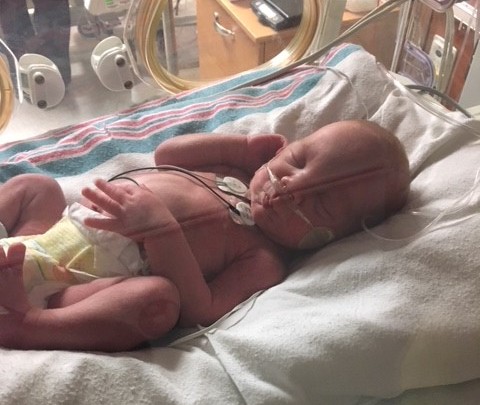 Over the course of the next month and some weeks, our daughter had ups and downs. As it is often stated, and as Dr. Moore informed us, the NICU is a roller coaster, there are good days and bad. Our daughter was intubated, then came off intubation, and then had to be reintubated. The fluid in her chest went away, then accumulated. Additionally, after recovering from the C-section and the HELLP syndrome, my wife thereafter contracted RSV and had to stay away from the NICU for over a week. All in all, the number of challenges just seemingly kept mounting, but luckily we were not alone in our struggles. 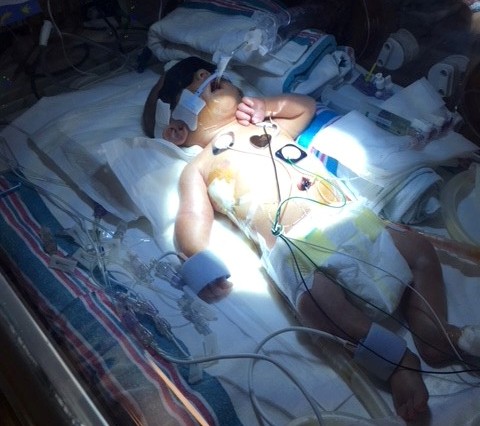 All throughout this time, the amazing staff of the NICU and the amazing doctors at Woman’s were right by our side. They explained everything to us, discussed the options with us, and helped us be an involved an integral part of our daughter’s care plan.

Although it initially looked like young Henrietta would require surgery to correct her problem, for once we got lucky and this turned out not to be the case. The doctors at Woman’s put her on a special diet and it cleared up her pleural effusion, after which she progressed amazingly, so well in fact that she actually beat her brother, who had not major issues other than his prematurity, home from the NICU! By the time she left the NICU, her hydrops had resolved, she had no more fluid in her chest, and she had charmed just about every single nurse in the NICU. Today, both Harlan and Henrietta are home, healthy and growing.

We owe so very much to all of the doctors, nurses, and other staff of Woman’s Hospital. Without them, our children would not be here today. They helped our little babies overcome some serious hurdles and get home to us. 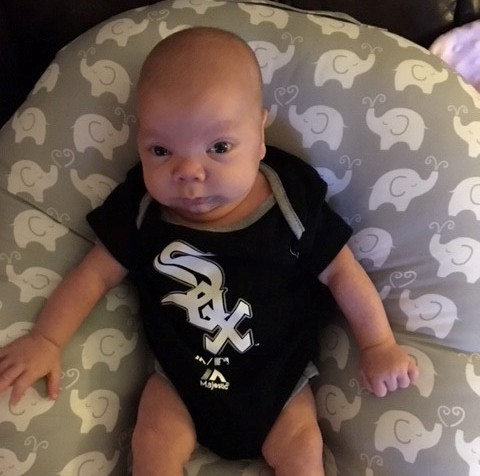 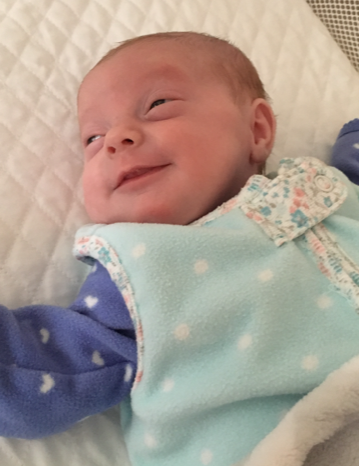 To anyone out there whose babies are facing long odds, to parents who are frantically educating themselves about scary diagnoses, you have our sympathy and our empathy. We were in your same shoes not too very long ago. Just know that miracles do happen, babies can survive scary diagnoses, and, as difficult as things seem right now, there is a light at the end of the tunnel. And, remember that behind you to help you every step of the way is an absolutely amazing team of professionals at Woman’s Hospital. Put your trust in them, work with them, and, hopefully, some day you will be writing a blog post about how lucky you are too.