When I sit back and think about my story, I instantly get filled with emotion. So much has happened over the last ten years, but I’m proud to say that I’m still standing, still strong, and still positive about my future. Typically, when I share my story, I tell people I’ve lived two lives. Which, after you read my story, you’ll see that I really kind of have… 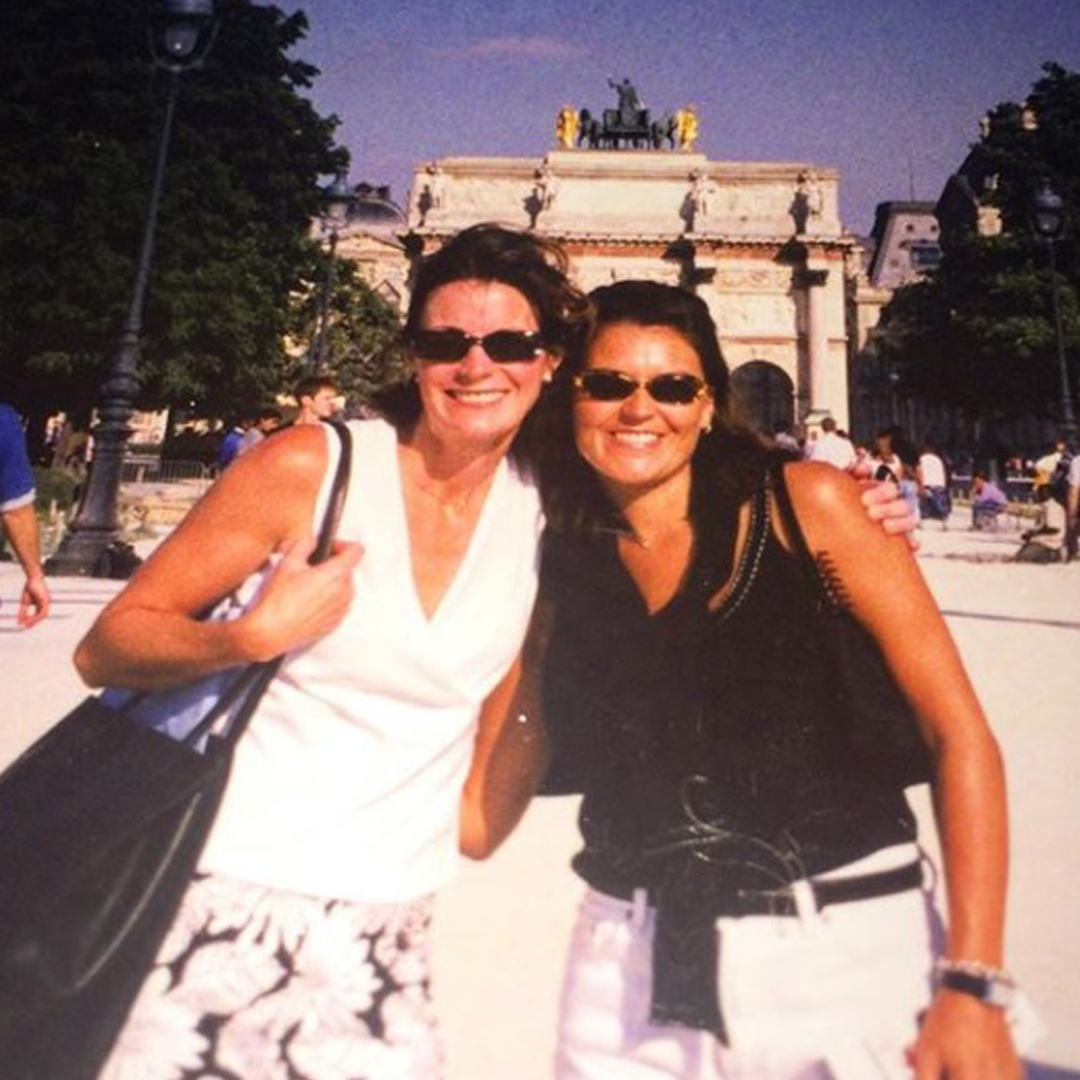 The “first life” starts with my job as a flight attendant. After graduating LSU in May of 1990, I took to the skies working for Delta Airlines starting that July. It was such an exciting time in my life, flying across the globe, experiencing new cultures and new places, and taking in all of the beautiful locations I got to visit. Over the 19 years that I was a flight attendant, I lived in Atlanta, Dallas, Chicago, and New York City. While in NYC, I started doing international flights, allowing me to go to every continent except Antarctica. I was living and working out of New York when the 9/11 attack happened. As you can imagine, that really shook me and made me think about my future. Shortly after, my life as a jet setter ended. I retired from Delta and moved home to Baton Rouge.

Nearly 20 years after graduating from college, I started my “second life.” I found myself in love with Baton Rouge and a very special man. In 2009, I opened my own business, got married, and decided to start a family. My feet were grounded for the very first time and I absolutely loved it!

Woman’s Hospital holds a very special place in my heart.  Being a first time mom at 41, everyone was so supportive and encouraging, especially my OB/GYN, Dr. Ann Lafranca. I often share my story with moms-to-be that are older because I think it’s important they know that just because they are older doesn’t mean the experience is any less special. When my husband and I found out we were going to have a baby, I didn’t do testing, didn’t find out what I was having or anything like that, we just let God lead the way.  Nine months later, we were blessed with our daughter, Josie, who was quickly followed by our son Davis in 2010. 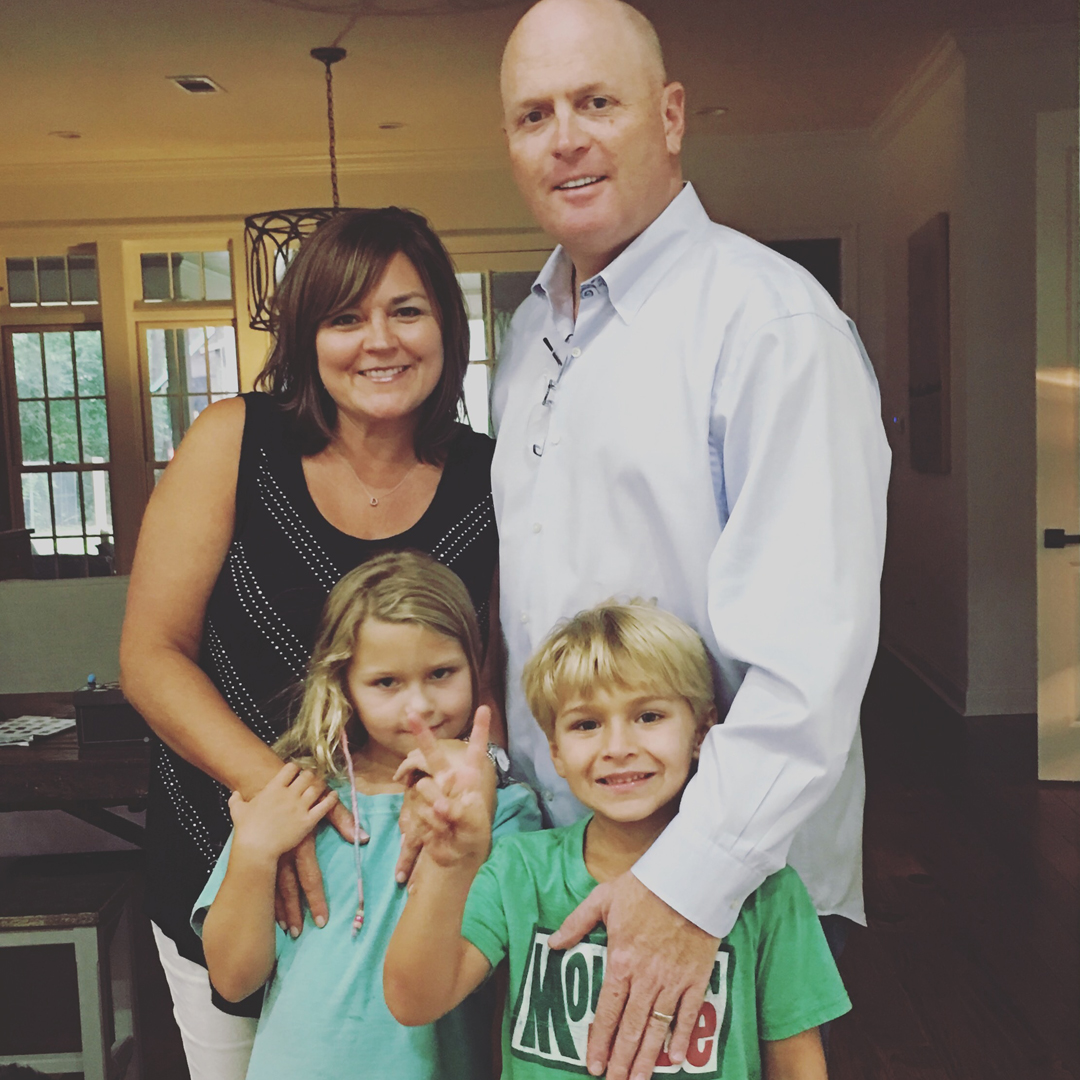 As an older mom, I made sure to make my health a main priority. I went in for my routine mammogram in May of 2016. I remember it vividly for several reasons; it was the day after Mother’s Day and the day that my world was turned upside down. After my mammogram and leaving the hospital, I received a call saying they wanted me to go back for another exam. It’s never a call any woman wants to receive, but I also knew that callbacks weren’t uncommon. To ease my nerves, I reached out to my dear friend, Dr. Cecilia Cuntz, who is also a breast surgeon. I asked if there was any way she can look over my results and let me know what she thought. She called me back and said it would be a good idea to come back in and have a 3D Mammogram for further review. So I did, and from there it was confirmed that I had breast cancer and was diagnosed with DCIS stage 0 – Negative for the BRCAA gene.

No one that gets the call about cancer is every really the same again.  It changes your life from then on.

Initially, I was in complete shock. I would often cry in the shower, over and over again, thinking that my children needed their mom and I still had so much more to teach them about life and love and being kind to others. I had several close friends who had lost their moms at a young age because of cancer and I knew how hard it was for them. I didn’t want that for my children! At the time, Josie was finishing first grade and Davis kindergarten. After several conversations, my husband and I decided not to tell the kids, we decided they were too young and didn’t want to scare them or have them worry about my well-being. I was never really scared for me; my fears were always about my family.

Following a cancer diagnosis, you are flooded with so much information.  It is absolutely overwhelming!  There are so many options and things to read and learn about. I remember the moment that I settled down and realized I was ready to “fight” the disease.  I was at home one evening and I got a call from Dr. Lafranca, my OB/GYN.  She talked me through the diagnosis, statistics, and lots of other things. While her voice was soft, it was so supportive and sure I would beat this. In that moment, I knew if she felt confident, then I needed to be confident. So I decided I wasn’t going to let this defeat me. I was going to beat cancer! 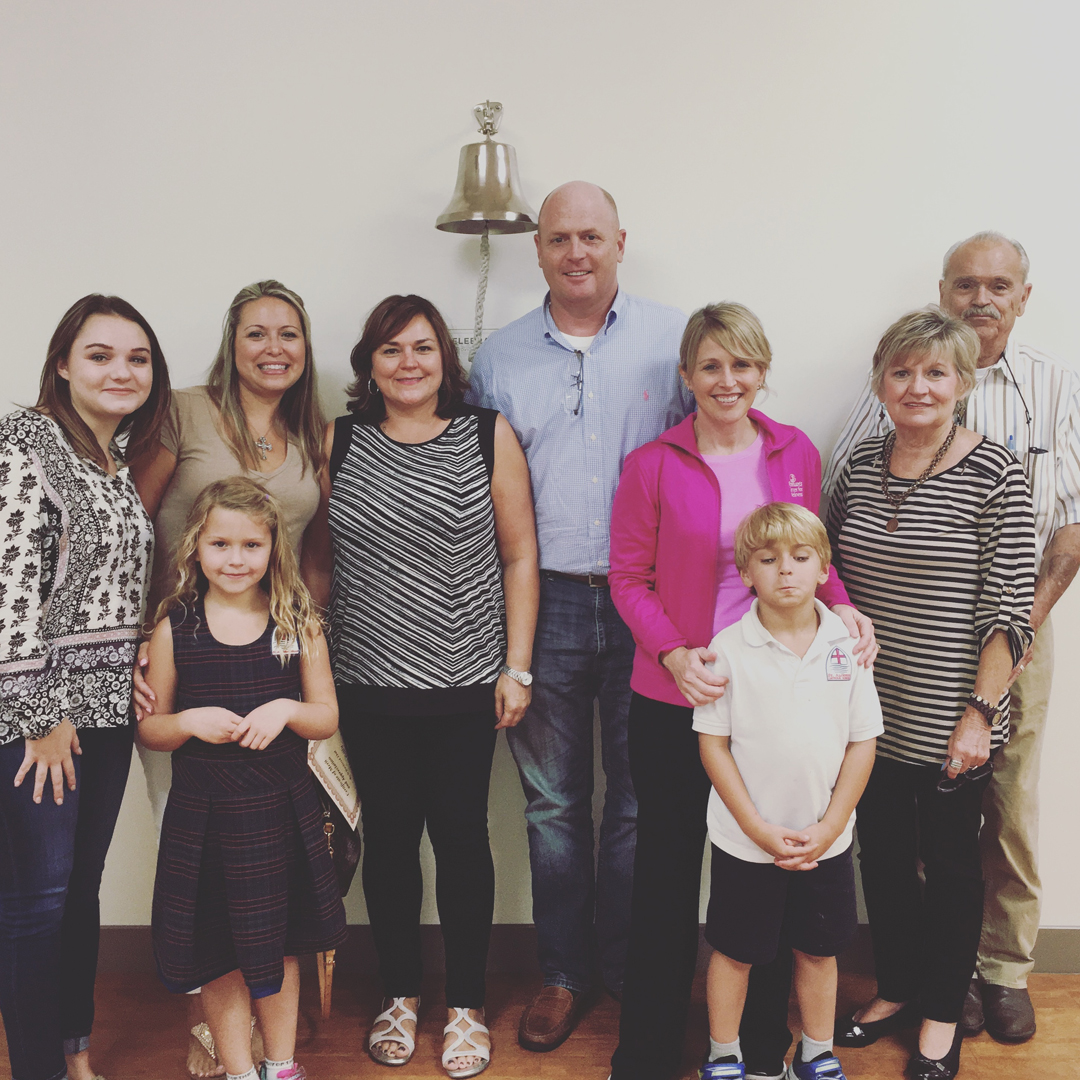 I consulted with my surgeon, Dr. Cuntz, and we decided a lumpectomy would be best for this type of cancer.  Following the procedure, she referred me to Dr. Levine with Mary Bird Perkins – Our Lady of the Lake Cancer Center for radiation treatment. From there, it was determined that I would do six weeks of radiation five days a week. At the end of my treatment plan, I proudly rang the bell on September  13, 2016. That October, my daughter’s soccer team wore pink jerseys in support of Breast Cancer awareness. Each player had the name of the person they were supporting. My daughter’s jersey simply said Mom.” It was a special moment, and I was excited to be done with treatment and done with cancer. 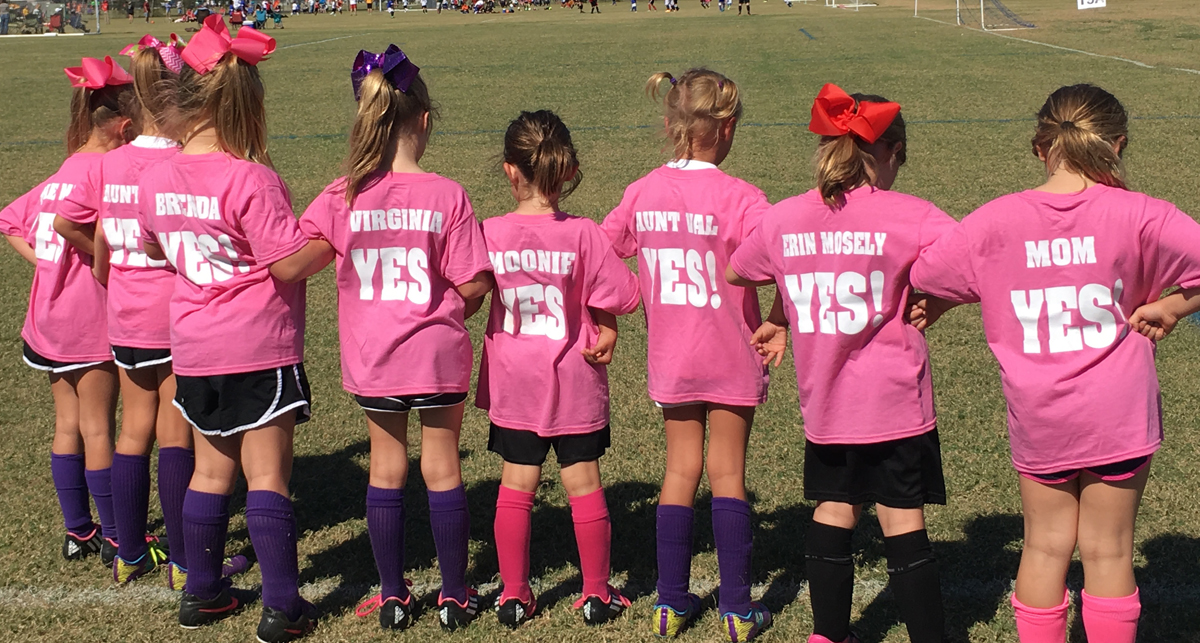 Or so I thought… Read more about Lisa’s cancer journey with Part 2.