Who would have thought that my 50’s would be the healthiest time in my life? Six years and 40+ pounds ago, I joined Woman’s Center for Wellness. I couldn’t run a mile even if I were being chased by zombies. I could have joined for the three month teacher special. However, I knew I wanted a long-term commitment, so I joined with the ongoing teacher membership. During my initial assessment, I found out that I had high blood pressure and had to get clearance from my doctor. He signed off on my paperwork but told me my choices were medication or lose weight. I decided on the second option. 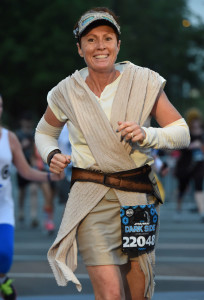 Since I wasn’t doing any sort of exercise, I began with the simple strength training set up during my first visits. A few months later, I joined the brand-new Maniac class. Wow! The class met three days a week and had cardio homework three days a week as well. We met several times with a nutritionist. Measurements were taken. It was a struggle at first, but like so many other classes, the support and camaraderie from the trainer and the members were just what I needed to keep on going. And guess what? The weight started coming off, my blood pressure when down, and my endurance skyrocketed. 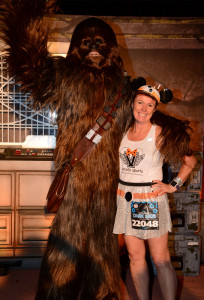 I think the main reason that I have been able to maintain my weight loss and increase my fitness has been because of the opportunity to vary my exercise routine. I have worked out independently using my strength training card. I like that I can get it updated and can always find a trainer when I have a question. I have done personal training when I needed to pinpoint and strengthen some areas of weakness I experienced while running. The TRX classes are terrific because everyone can find their own level of difficulty while still working out together. Spin classes are great for cross training and building up that aerobic endurance. I’ve recently joined Donna’s small group training, which meets twice a week. In addition to putting us through a tough workout, she is wonderful at correcting our form, which means we get the most out of each exercise without hurting ourselves. Everything you do benefits other areas of your physical fitness and well being.

Over the past six years, I’ve done things I never thought I would or could. I’ve taken the plunge and participated in the triathlon training classes. I completed Rocketchix, a sprint triathlon (swim/bike/run) and several duathlons (run/bike/run.) Because of the strong strength, aerobic and endurance fitness foundation, I have discovered a real love of running. I love the thrill of the short but swift 5K. I even love the ever-so-long marathon – 26.2 miles in case you were wondering. I’ve run seven marathons in the last three years. Never in my wildest dreams could I have imagined that. The last one I ran was part of the Dopey Challenge at Walt Disney World in January. Why the “Dopey” Challenge? Well, because you must be crazy to run a 5K, 10K, half marathon and then a full marathon in four days. 48.6 magical miles! And because that was so much fun, in April I ran in the Star Wars Dark Side Challenge, a 10K on Saturday and a half marathon on Sunday. I dressed up as characters from the new movie and got to run through the parks before they opened both days. 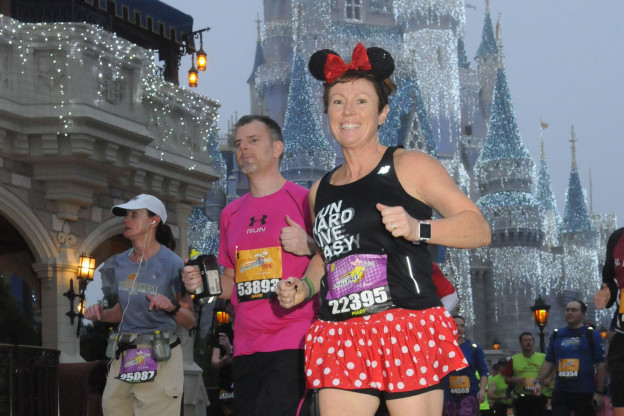 I’m so grateful that I took the first step into Woman’s Center for Wellness. While it’s not always a smooth road to wellness, it’s a road worth traveling.