At the age of 42 and after three miscarriages, I believed that another healthy pregnancy was not in the cards for me. We already had one beautiful four-year-old boy, and I managed to push the dream of a second baby to the back of my mind.

Having to fill out paperwork each visit to my OB was becoming more and more heart wrenching. Before I had my first miscarriage, I never thought about the question “number of pregnancies and number of children” as being a difficult one to answer; but as time moved on, the gap between those two numbers continued to grow and broke my heart each time I had to fill in the blanks.

I have been seeing my OB, Dr. Renee Harris, since the age of 15. That’s nearly 30 years for anyone counting! She has been a cheerleader for us getting pregnant and a true source of solace for me over the years. She delivered my son via C-section and has performed 3 D&Cs on me. With her encouragement and the support of my husband and others, I garnered the courage to keep trying to get pregnant, until trying seemed to be getting in the way of my daily life.

It is easy to become obsessed with the counting, the tracking and the waiting. Every day had a specific number – days away from ovulation, days until my cycle started again and so on. My mind was completely focused on the process of conception. The disappointment was harsh every month, until it wasn’t.

At some point, something clicked and I just stopped. I stopped obsessing, stopped crying, stopped thinking and stopped tracking every move. I threw all of my “supplies” into the trash and accepted that my one beautiful boy would always be enough. He was perfect and I was grateful. After all, life is rarely how you plan it, and I am a planner to a fault.

They say when you stop trying, stressing, and consuming yourself with the thought of having a baby, it happens…for us, this could not more true. In January, we learned that I was pregnant again! 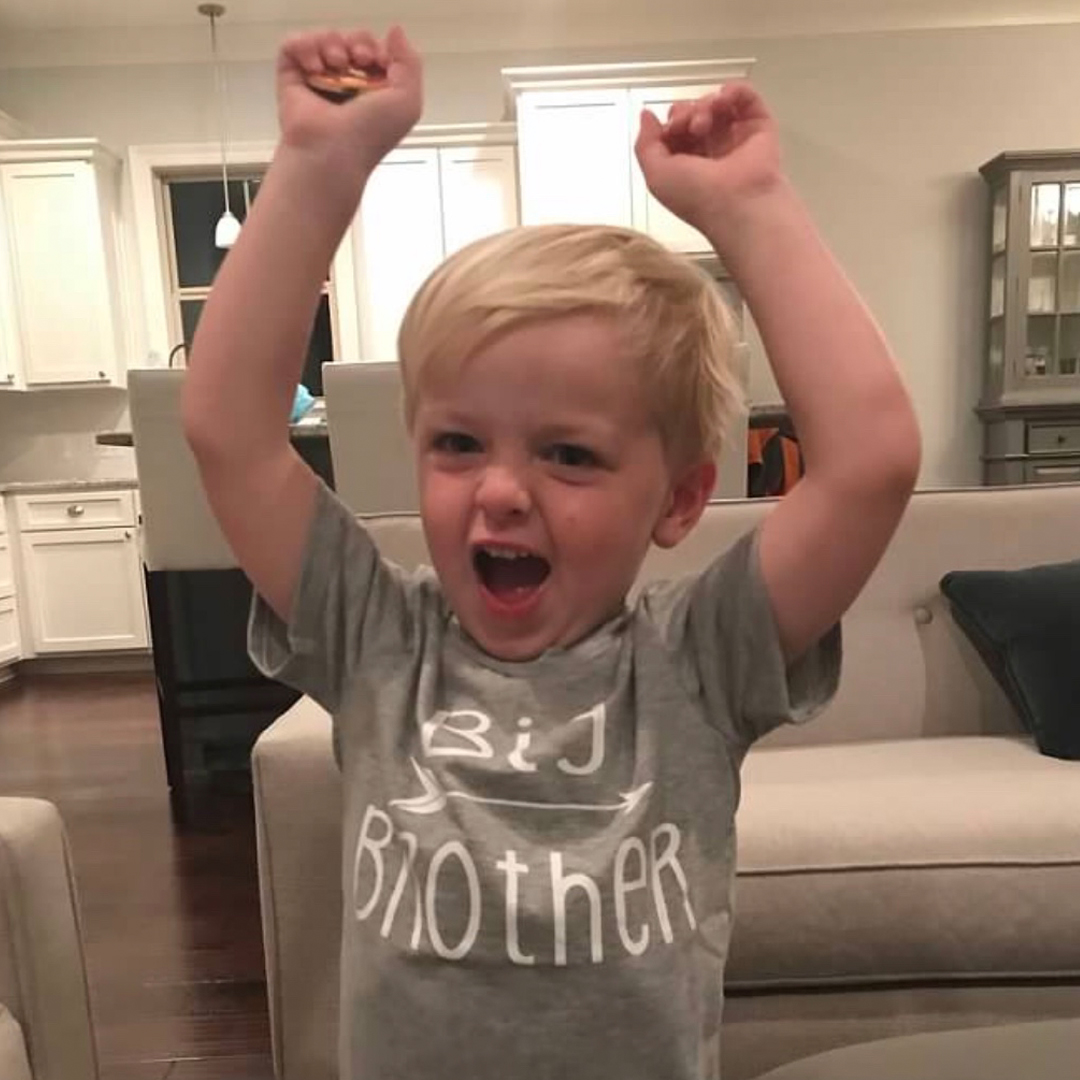 The 8-week ultrasound had become more like torture for us. Three times, the heartbeat was not there. If you have not experienced this, it is the loudest silence that fills the entire room.   We had low expectations going into the ultrasound this time. I was preparing myself for the silence and trying to hold back the tears, when suddenly we heard the precious sound of that little heartbeat. The sound we had not heard for so long filled the room and the tears flowed. This time it was happy ones!

Because of my history of miscarriages and my “advanced maternal age” (ha!), I saw a doctor in Maternal-Fetal Medicine at Woman’s twice and also saw my OB regularly. As the second trimester approached and we entered what is considered the safe zone, I couldn’t believe we were actually going to have another baby. In April we learned that we would be having a baby girl. I think this is when I finally accepted that we would soon be a family of four. 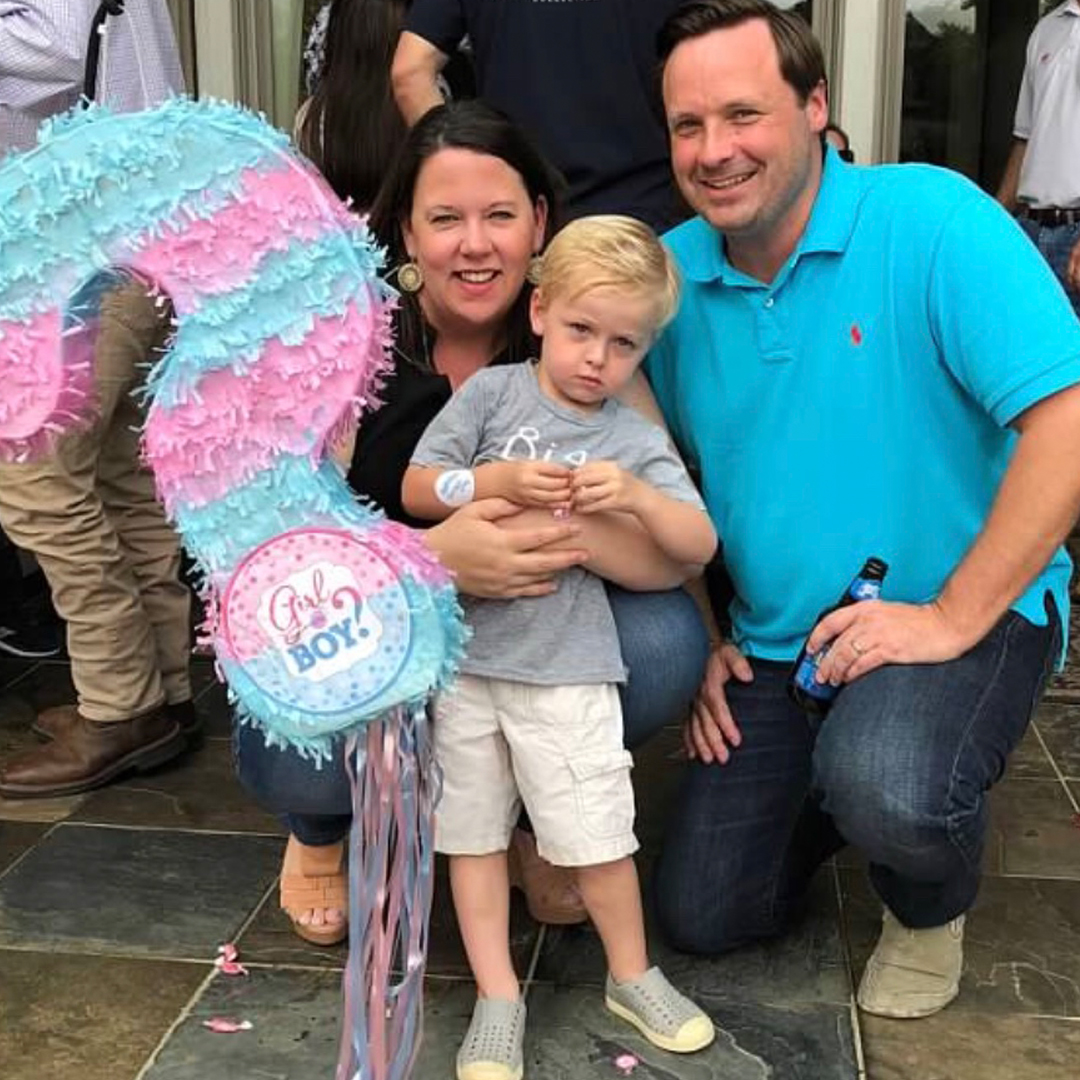 Overall, my pregnancy was relatively uneventful. I did experience some pretty severe anxiety during my last trimester and was medicated, which promptly helped. Other than that, I had the normal pains and swelling, but nothing to warn me of what was to come. I had a C-section previously and we planned to do another this time around. We scheduled for 39 weeks, the last week of August. I began arranging out-of-town family visits and time off work, along with all of the things I needed to do to get ready for our new baby.  This experience would once again prove to be a lesson in life getting in the way of my detailed plans.

I had some severe swelling in the third trimester. I experienced this with my previous pregnancy, so no one was too concerned. I began seeing Dr. Harris every two weeks and at one of my appointments, she noticed my blood pressure was abnormally high. She recommended a 24-hour urine test, which ultimately showed elevated levels of protein in my urine, a marker for preeclampsia.

As Dr. Harris walked out of the room at that last appointment, she stepped back in and instructed if I had any pain in my upper abdomen to call the nurse. Two days later, on Sunday, August 5, I was doubled over in pain. I truly thought it was gas pains and didn’t want to go through the embarrassment of someone telling me that. Then I remembered what Dr. Harris said, and that is exactly where my pain was.

I arrived at Woman’s Assessment Center around 11 AM, and by noon, I was being prepped for what the nurse referred to as an “urgent C-section.” My blood pressure was extremely high, and my liver enzymes were elevated, both indicators for a relatively rare condition called HELLP (hemolysis, elevated liver enzymes, low platelets count) Syndrome. I was placed on a magnesium drip that would keep me from having seizures, and within a matter of moments had to mentally prepare myself that this baby girl was coming five weeks early. I was so scared. Was she going to be okay? Was I going to be okay? You rarely think about your own health in these situations, and for me, I had to face the fear that I was sick and could possibly have complications of my own.

Everyone helped to put my mind at ease. The on-call OB was not my beloved Dr. Harris, but she was still wonderful. Everyone in the OR did a remarkable job of helping calm my nerves. My anxiety was in high gear, and I feared the worst. My sweetest memory of that whole experience was the anesthesiologist sitting behind me and narrating every move.  When he announced, “Get ready, this is the best part of the show!”

Find out the rest of Julie’s story with Part 2.