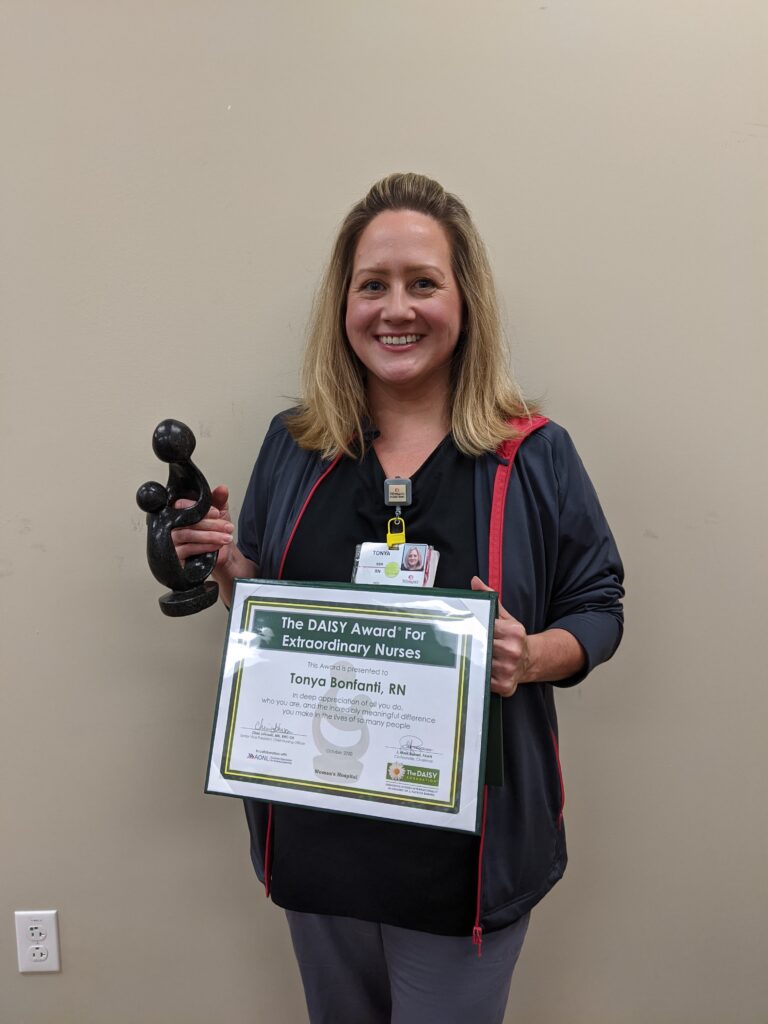 I would like to nominate Tonya Bonfanti for the DAISY Award for her compassion and concern for others. I was working in the same pod as her when she found out that her patient’s mother had not eaten all day. The mother did not have the means to buy food, and she did not have any family members available to bring her any. The mother did not want to cause any inconvenience and when asked about it, said that she would be okay. Tonya took it upon herself (while the cafeteria was closed) to run downstairs to the vending machine and bought her an assortment of snacks and drinks. I believe it would have been easy not take any action. Tonya could have waited until the mother had someone who would have brought her food, and maybe no one would have ever come. Tonya is an amazing nurse. She cares for not only her little patients, but the whole family unit. I know this act of kindness meant so much to this mother, and the fact that Tonya did this willingly and discreetly speaks volumes about her! I believe she deserves the DAISY Award!

The DAISY (Diseases Attacking the Immune System) Award is an international recognition program that honors and celebrates the skillful, compassionate care nurses provide every day. The DAISY Foundation was established by the family of J. Patrick Barnes after he died from complications of the autoimmune disease ITP in 1999. During his hospitalization, they deeply appreciated the care and compassion shown to Patrick and his entire family. When he died, they felt compelled to say “thank you” to nurses in a very public way. If you would like to say “thank you” to a nurse who made a difference you will never forget, nominate them for a DAISY Award.